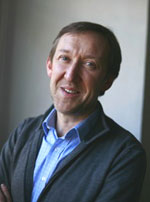 Patrick Le Galès, CNRS Director of Research at Sciences Po’s Centre d’Etudes Européennes and professor at Sciences Po has been elected corresponding Fellow of the Political Science section of the British Academy. He is the first French to be elected as member of the Political Science section. Founded in 1902, the British Academy is the humanities/social sciences counterpart of the Royal Society (which is devoted to the “hard” sciences). The election of Patrick Le Galès will cement the international recognition of his work.

A graduate of Sciences Po, Nuffield College Oxford and the Université de Paris X Nanterre, Patrick Le Galès, research director CNRS at Centre d’études européennes is a political scientist and sociologist.  He was awarded the CNRS Bronze Medal in 1996, the Stein Rokkan Prize for Comparative Social Science Research in 2002 by the International Social Science Council and the 2007 Prize for Excellence in Social Science Research by the Fondation Mattei Dogan/Association Française de Science Politique.

His comparative research centres mainly on questions of governance, public action, the restructuration of the state (especially in Great Britain), and the detransformation of cities, European regions and large cities worldwide. At Sciences Po he has created and co-directed the Master in Regional and Urban Strategies, the double Master between Sciences Po and the London School of Economics « Urban policy » and « Governing the large metropolis » as well as the Master of Public Affairs. He is co-director of two of Sciences Po’s priority research programs, « Cities are back in town » and « Réseau Etat Recomposé.”