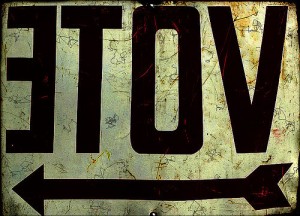 The political economy of voting: wealth, taxation, and redistribution, a new research project from Sciences Po gets funding from Paris’ research program “Emergence(s)”.

Since the famous word of Bill Clinton « It’s the economy, stupid » in 1992, the impact of the economy on elections is a well-established fact. Political science and economics have proposed a theory of economic voting. This project aims at filing in some gaps of this literature. For instance, this project involves taking into account not only voters’ revenues but also voters’ wealth to understand individual vote choice. It considers issues linked to public policies in the field of the economy and taxation (is public debt a salient issue for voters? what are the preferences of voters about the balance among taxation of firms, individual revenues, wealth, or consumption?) and their importance for electoral outcomes.
To answer these questions, this project proposes an innovative methodological set-up, based on the conjunction of comparative cross-sectional opinion surveys and laboratory experiments.
This project thus develops a better understanding of electoral behavior and will contribute to public debates about the role of poverty and social exclusion in electoral outcomes as well as about the meaning of the mandate for the next French president in terms of expected levels of redistribution and inequalities.
The research program “Emergence(s)” of the City of Paris aims at supporting scientific excellence and innovation by funding young interdisciplinary teams. Sciences Po’s team, led by Nicolas Sauger, is one of the four teams selected for the human and social sciences. The grant amounts to € 270.000 over three years.